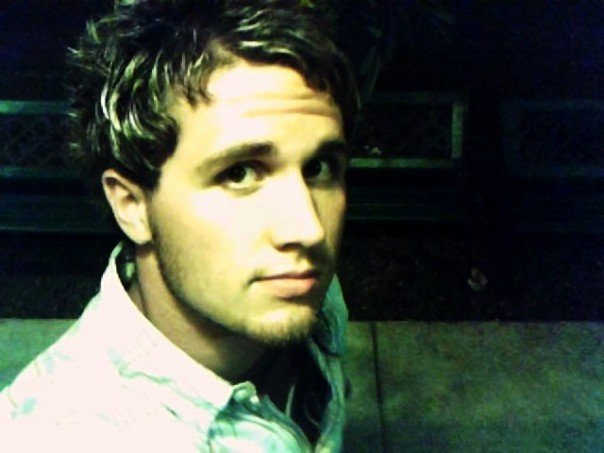 Here’s what was going down. The kids that were my son’s age (7th grade) were starting to dabble in marijuana, alcohol, and promiscuity. He did not want to travel down that road of destruction, but if he stayed in school, he could only see three options: #1 – partake in the activities and betray everything he stood for; #2 – walk away and be labeled a loser; #3 – be a loner. None of them appealed to him.

I couldn’t believe what I was hearing. I remember the day like it was yesterday. I was standing in the doorway at the top of my stairwell — grey carpet, white walls with all of our family pictures lined down the hallway. My hand gripping the door handle to the steps, I was in shock. I was emotionally constipated for sure. My son’s big chocolate brown eyes stared up at me, not quite understanding why I was so frozen in terror. I wanted to have courage, but at that moment, I felt like I was drowning in a whirlpool of self-doubt and fear of the unknown. But he needed an answer – and FAST.

““I’ll pray about it, and we’ll see. Maybe next year,” I managed with feigned confidence.”

“Why not this year?” he pleaded. I could hear the urgency in his voice.

I sunk. What could I possibly say? I had no answer. My twelve year old seemed more confident than I was about this homeschooling thing. How could I do what he was asking of me? I was no teacher. I didn’t even have an undergraduate degree. I was just a mom and a housewife. The response that left my lips (clearly, the Holy Spirit had taken over) was, “Okay, I’ll pray about this year.” Was I crazy? What had I agreed to?

So, several weeks into Chase’s seventh grade school year, we pulled him out of public school. I walked into the middle school that I had once attended and talked to the principal, who was one of my high school classmates. I told him I was pulling my honor student out of his school to teach him myself.

I gently explained that it had nothing to do with the quality of education that the school was providing, but it had everything to do with me giving my son exactly what he needed emotionally and spiritually. At the end of our conversation, he condescendingly blurted out, “Well, I won’t tell you I told you so when you fall flat on your face!”

I went from one word of discouragement to another.

Family was my next obstacle. One extended family member cornered me in my own home and said, “You’re going to ruin that kid! He’s going to hate you!” A family friend, who was a teacher, told me that I was in no way, shape, or form qualified to homeschool my child and asked what made me think I was more qualified than she was for the job. I could go on and on.

The people in my life had made it clear that I was on my own, but regardless, it was time to figure out all of this homeschool stuff. I started by contacting a homeschool family that I knew. They invited Chase and I over to observe them. They were using the Switched on Schoolhouse curriculum, which is a program done entirely on the computer. It appeared to be simple, intuitive, and it graded everything for the parent. Easy peasy. It was a no brainer. That was what I was going to use. Feeling a weight lift from my shoulders, I went home and ordered my new curriculum.

Well, it didn’t take long to realize it wasn’t really what I wanted. In hindsight, I’m surprised my boy didn’t end up with bloodshot eyes from staring at the computer all day. After a few months, we decided to give Abeka a try. Purely textbook and classroom driven, I felt like I needed to have a master’s degree in lesson planning and spend 40 hours a week wading through the teacher’s notes in order to simply assign a lesson.

By the end of that first year, we had a few battle wounds, but then I discovered a beautiful thing called a homeschool convention. It changed my life! I could put my hands on curriculum and see if it was really something we wanted to try. In the midst of all this trial and error, I consulted with Chase often. I enjoyed his input, because I felt he was mature enough to help make choices in his own education.

After looking at a wide range of history curricula, I realized that my boy would read and research way more if I gave him topics instead of textbooks. I found a really cool U.S. history book that was not a traditional school book. I told him to read it. It was super thick. He loved it. He loved history. So, for history, he just read. And guess what -- he learned more than I ever knew about history, even after a full 13 years of public education.

When I pulled Chase out of school his weakest subject was writing. I was not a writer by trade, so I tried a variety of language arts curricula but to no avail. However, one thing Chase did excel at was reading. He read often, and he read good books. Maybe that’s what eventually helped build strong writing skills, or maybe the sheer volume of writing required of him in law school did it, but whatever the case, his lack of homeschool writing success didn’t seem to hinder him in the long run. (Whew!) Now he writes regularly, and hosts his own radio show. You can take a look and decide for yourself.

At the end of the day, we discovered that textbooks weren’t the best learning tools for Chase. Instead, we did a lot of hodge-podging. Take math for instance. I remember having different math textbooks and having him do a bit here and a bit there. But I’d say Chase’s primary math curriculum was helping his dad with the family business and eventually running his own business.

My husband Tony owned Hagaman Construction and was a general contractor. Often, he took Chase to work with him. He would challenge Chase to help him figure out the dimensions and measurements when creating a floor plan for a new home. Chase did math even when he didn’t realize he was doing it.

Talk about an education – not only did he learn practical math skills, but at the end of his “schooling,” that boy had enough skill to be able to build his own home. He poured concrete, laid block, framed houses, roofed, assisted with the electrical and plumbing and landscaped yards. And in the process, he developed a strong work ethic. Isn’t that what we want from an education? The building of both skill and character.

But my boy also wanted to attend college, so I knew the SAT was an important mountain to climb. In spite of our loose education plan and lack of formal math curriculum, Chase earned the highest level of the Florida Bright Futures Scholarship and went on to earn a free ride for his Bachelor’s Degree.

No one really told me how to homeschool, but I’d bet that’s exactly what most homeschool parents would say. We figured it out along the way, and maybe that’s even one of the most powerful benefits of homeschooling.

I followed Chase’s experiences and passions with the necessary education. He was passionate about politics, so we did everything we could to immerse him in it. We took him to TeenPact every year and spent a week at the capitol. He even wrote a bill that was read on the Senate floor. He paged for our senator during the school year, worked for him in the summer, and flew to Missouri during an election year to help on a campaign.

I knew he would need a strong entrepreneurial spirit in whatever he did in life, so I challenged him to start his own business. He registered with all the necessary government entities and even paid taxes. His business was a success!

Chase is now an attorney in New Hampshire working as the New England Regional Director of The Concord Coalition, a bi-partisan organization dedicated to advocating responsible fiscal policy. He also writes a column, hosts a weekly radio show, and is an adjunct professor at UNH Law School. His next goal is to secure a seat in public office.

So, I guess I didn’t wreck the kid after all! I’ve since gone on to homeschool our two other children, and I did some things very differently with them, but that’s a story for another blog… 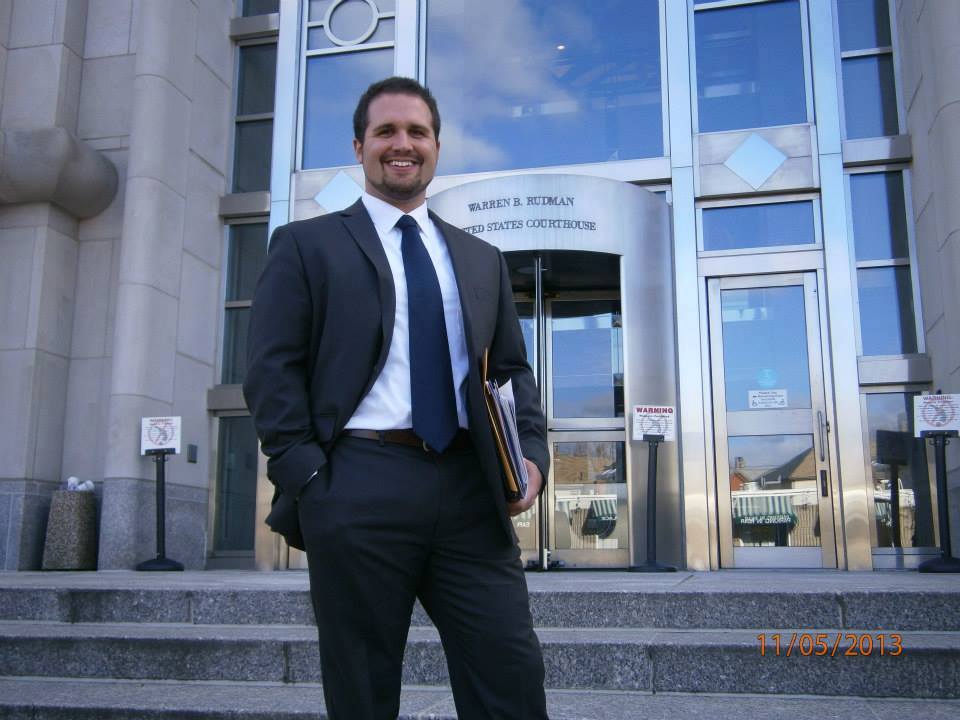 Jody Hagaman and her husband Tony have three kids (ages 20 to 31) and one feisty two-year-old granddaughter. They began homeschooling nearly 20 years ago and graduated their third child in 2017. Their oldest, who asked to be homeschooled at the age of 12 is an attorney in New Hampshire and hosts a weekly radio show. This year, he will be interviewing all of the U.S. Presidential candidates! Now Jody is gearing up to do it all again with her granddaughter! As a community leader, Jody has served on the board of directors of many local non-profit organizations. She is currently serving as President of her local homeschool group and will be teaching the 3-year-old Pre-K class at the local homeschool co-op using C2C curriculum. Her work experience as a corrections officer on a crisis intervention team inspired her to make a difference in the lives of the next generation.