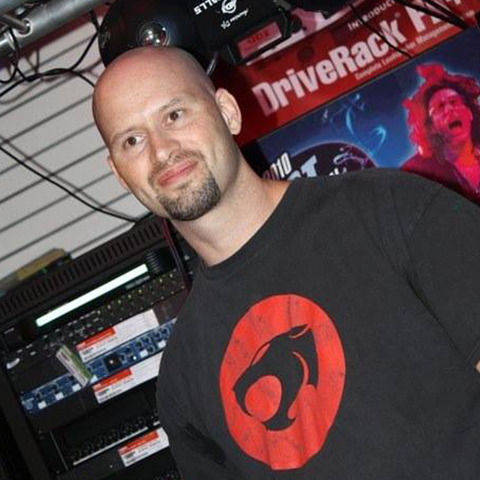 My journey to the parent I am today has been a long one. Without much warning, I lost my own father at the age of 14, and with no grandfathers to speak of, I became the unwilling patriarch of the Stahlmann family in my freshman year of high school. I was nowhere near ready to carry the name, and it showed.

Fast forward a decade, and I find Jenni in my house, on my birthday. A wonderfully unorthodox relationship ensued (we were not yet saved). Married at 23 with a child on the way and a comfortable 1300 miles from almost everyone we knew, our family began.

Our first child Griffyn would be the fire where our parenting was forged. Griffyn is a wonderful human being who also happens to be autistic. In the first few years we had no idea what the screaming and tantrums were all about. We just dug in and somehow managed. I should say Jenni handled most of it.

Over the years, we added more children. Shortly after the second child, we began a walk with God, and of course, everything changed for the better. I worked as hard as I could to provide for our family, and Jenni worked as hard as she could with the children. Through the many ups and downs, a style of parenting emerged. A very hands-on style. A very head-on style. We listened to advice of veteran parents and applied their wisdom, but many of our choices were also unconventional, untested, and often under appreciated by those around us, especially our decision to homeschool.

Sky was the catalyst for homeschooling. She, being kinesthetic in her learning style, could either sit still or listen -- just not both at the same time. School required them simultaneously. She couldn’t do it. So we decided to bring her home.

Griffyn followed soon after. He was in a great school for kids on the spectrum in New York, but when we moved to NJ, we learned some sad truths about state education. Griffyn went from a nearly utopian setting for special needs kids to a carnival of sounds, whistles, shouts, and a slightly unhinged principal. When the principal challenged us and flexed his muscles of authority, we showed him that we had the final word. Griffyn came home to be educated with Sky. Each child after that just stayed home. It made the most sense. We knew them the best.

It has not been an easy road. It’s been life on a thin string at times. With one parent in the working world and the other parent handling all the responsibilities of the children’s needs and education, a special measure of character and patience was required. We really had to be on the same team, especially when extended family disapproved. It took 18 years to prove our point because so many refused to believe we could do better than the state until we started churning out leaders and monster achievers!

Sky broke through first with astounding success at one of the most competitive music schools in the country. Seth is just behind her. He’s been working in various positions since he was 12 years old, embracing the apprentice model that is so lacking in our current system. Sam is the picture of responsibility. Managing his schedule better than I can sometimes, excelling in work and killing it in every music program he attends. Eden is full of empathy and feeling and loves to help the littles. Matty and Rhema are sure to follow with the great examples that have been set. Coming back full circle to Griffyn, he has achieved a full-time job with great benefits and a pension! He even hopes to have his own home someday soon. In addition, he is a YouTuber with years of fantastic movie review content.

In the end I think it was the space to grow that made it all happen. Instead of cramming them full of information for the next test, we gave them experiences and fanned sparks of interest into flames. It hasn’t been easy, but it has been so worth it.

As for me, I’m a software engineer. With seven kids, I pretty much work most of my waking hours. I also help Jenni and Jody with their technical stuff (the website you’re reading right now, their radio show, podcast, and any other techy needs). But my real passion is music. I’ve played guitar for more than 30 years (ouch! that makes me sound so old). It seems I’ve infected quite a few of the Stahlmann kids with my passion for music.